The COVID-19 pandemic has been a major shock in the life of all Europeans. While those citizens living near Europe’s internal borders have often been hit the hardest, many regions, both peripheral and central, have suffered from the excessive centralism of national governments. Within the framework of its COVID-19 Geopolitical Observatory, the Groupe d’études géopolitiques releases today a new report dedicated to this question. Building on twenty interviews with regional politicians and experts from a dozen European countries, our trilingual report with a foreword by Luxembourg’s Foreign Minister Jean Asselborn suggests « subsidiary crisis management », a novel approach inspired by the institutional response of Germany, Switzerland or Belgium during the crisis, as a way to make our crisis response more regionally flexible and citizen-centric. 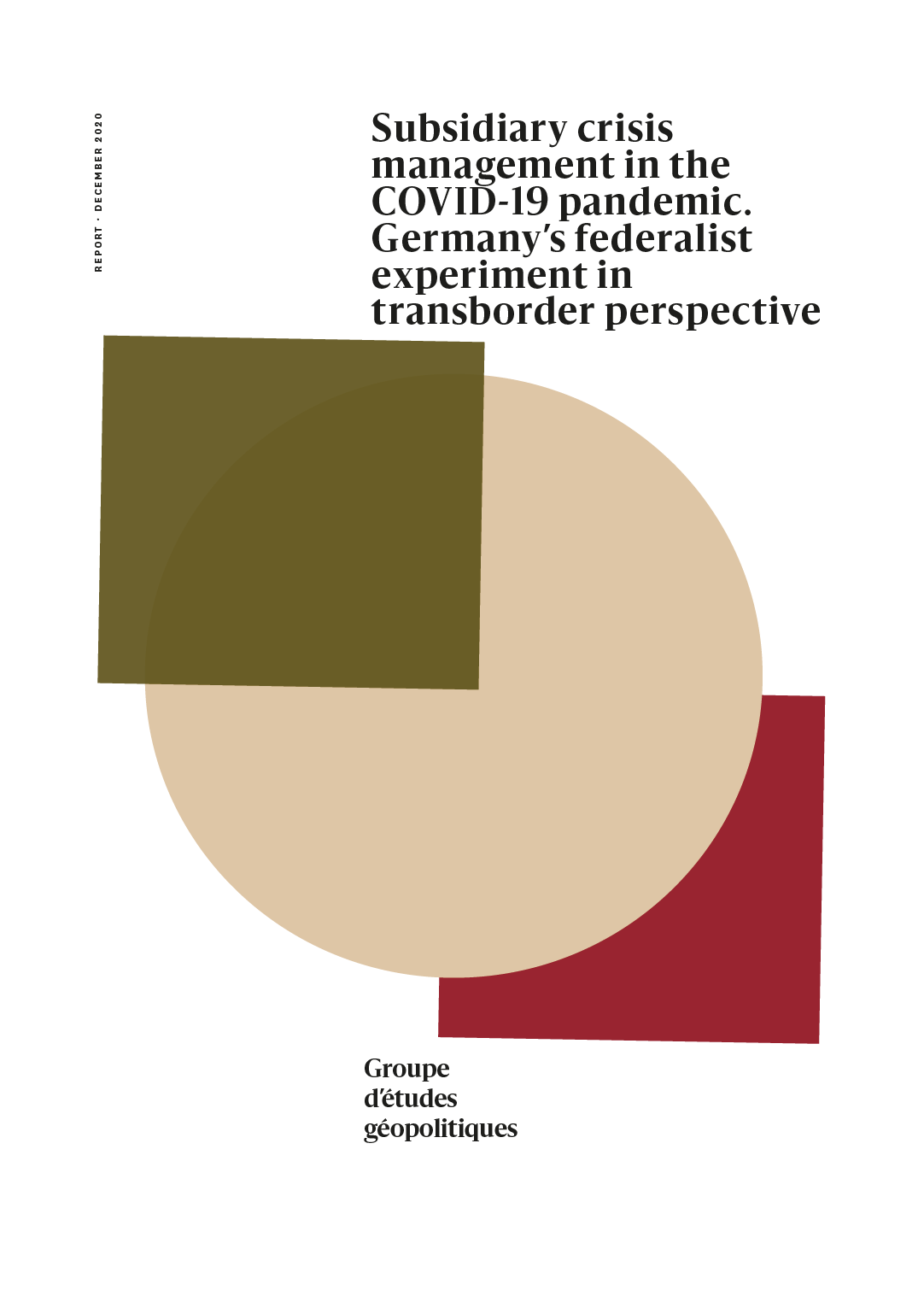 Contrary to the centralizing tendencies observed in many European states, Germany dealt with the COVID-19 pandemic in a fully subsidiary manner. The health and administrative response was deployed almost exclusively at the level of the Länder, with the Conference of Minister-Presidents providing political coordination between the federal and regional executives. This organization, unique in Europe, has led to better informed, more proportional and more transparent decision-making, allowing for comparison between approaches and fostering political action closer to the field.

Elsewhere in Europe, and especially in border regions, crisis management has often been negatively affected by uncoordinated and overly centralized actions taken by national governments. However, the structure of the pandemic was mainly regional or local. Vertical and homogeneous political action thus often resulted in a false dilemma between inefficiency and disproportionate public action, which led to strong tensions between national capitals and regions.

In cross-border areas, unilateral closures of internal EU borders have greatly disrupted the daily lives of the population and fostered a strong sense of injustice. After thirty to sixty years of uninterrupted freedom of movement, these decisions have come as a shock. For lack of sufficient consultation, member states were not fully aware of the concrete consequences of their policy decisions. National resentment and arbitrary spatial divisions reemerged as a consequence of the implementation of policies which seemed out of touch with reality ; confidence in the European project was greatly undermined.

This situation is not inescapable. Drawing inspiration from the German, but also Belgian or Swiss institutional models, we suggest a subsidiary approach to crisis management in which local, regional and Euroregional levels would be fully involved. This approach would ensure greater proportionality and strengthen  citizens’ control over their territories.

In particular, the COVID-19 pandemic reveals the need for a paradigm shift in cross-border cooperation. Today, Euroregions, which mainly serve as platforms for long-term projects, deserve to be fully integrated in operational coordination and planning, as close as possible to the reality of cross-border living areas and the daily life of the population. Thanks to a broad coalition of regional and local actors as well as targeted initiatives, such a development could be driven from the bottom up.

Our work builds on twenty interviews conducted with local, regional and Euro-regional officials from a dozen European countries. In order to rebuild interregional cooperation in Europe on a more solid foundation and draw comprehensive institutional lessons from the pandemic, we propose four concrete measures :

You will find the complete report in three (English, French and German) and summaries in seven languages on top of this page.